This is a question that we get when people are unsure of what they should try, but they have a general interest in training in the martial arts.  One of the things that makes us unique, is that we offer so many different martial arts styles, and we have such a large staff of instructors.  Here’s a quick breakdown of what each style tends to focus on, and we will then answer the question, “What’s the best martial art?” 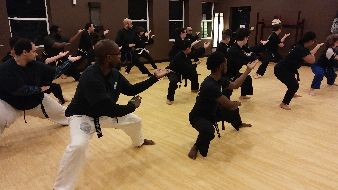 These are often referred to as the “Traditional Martial Arts.”  They have been around for a very long time, and there’s a reason for that!  They offer a great workout, and they are mentally engaging.  They incorporate movements (kicks, punches, and stances), patterned movements (often called “forms”), and self-defense (learned through different techniques that focus on real world attacks and how to overcome them).  Kung-Fu tends to incorporate large circular motion, while karate utilizes linear motion and small circular motion.

While Muay Thai can also be practiced with patterned motion and self-defense techniques, the style of Muay Thai generally taught is that of Muay 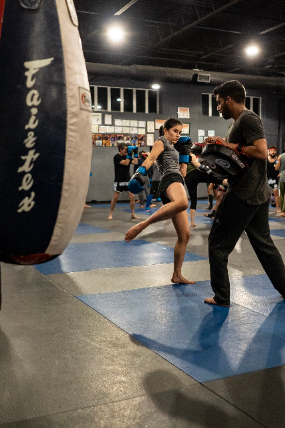 Thai Kickboxing.  Known as the “Art of Eight Limbs,” Muay Thai focuses on developing punching and kicking techniques, as well as elbows and knee strikes.  A class generally consists of a warm-up, and pad work / bag work.  As the practitioner develops, sparring can enter the mix.

Pretty like Muay Thai, American Kickboxing focuses on punches and kicks, but it does not usually incorporate knees and elbows.

Very popular around the world, boxing involves learning how to punch with your hands, specifically to targets included on the head and body.  Movement and footwork are key elements in this training.  The similarities between boxing and kickboxing cannot be overlooked, and we combine boxing into our kickboxing classes, as all the hand techniques are, indeed, boxing.  The kickboxing just adds the legs, with Muay Thai adding the knees, elbows, and clinch work / throws.

Jujutsu (peaceful art) and Aikido (way of peace and harmony) are styles of martial arts that don’t focus on striking.  They are often combined and utilize the redirection of strike’s energy as the primary focus of these self-defense systems.  For example, when an opponent pushes you, instead of pushing back, you would go with the motion and turn it in a

different direction.  This is usually accomplished through locks, traps, and throws.  Striking can come into play, but it’s not the focus.

Born from the Japanese styles, including Judo (which focuses on throwing), Brazilian Jiu-Jitsu focuses predominantly on ground work and grappling.  (These ground focused techniques are called Newaza in the Japanese arts.)  Brazilian Jiu-Jitsu usually focuses on movement on the ground between different positions, the transitions between the positions that occur, and then ultimately, the goal is to get your partner into a lock or choke.  Your partner is to then “tap” which is an acceptance of the understanding that further continuance of the technique would be dangerous.  Getting the “tap out” is the ultimate goal in sport Brazilian Jiu-Jitsu, which like Muay Thai and kickboxing, does have relevance to self-defense applications. 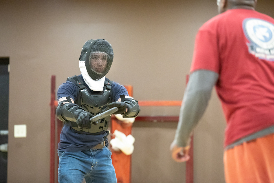 Silat, which is a general term for the Indonesian styles, encompasses a myriad of styles, including Escrima.  The Indonesian style of Silat is purely focused on self-defense and utilizes stick and knife techniques as the primary function of the style.  Classes in Silat and Escrima involve a lot of partner work, and they involve a lot of work with bladed weapons.  Practitioners often utilize a “rig” that holds multiple training implements (blunt edged knives and machetes).  This style is intense, and it’s very practical. 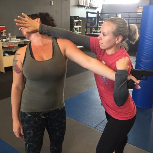 This is one of the most comprehensive self-defense styles in function in the world.  Krav Maga (which translates to Contact Combat) is an Isreali system that focuses on all aspects of self-defense.  Strikes are taught (punches, kicks, knees, and elbows).  Situations are covered that include defending yourself from knives, multiple attackers, defense while seated, defending against other weapons (including guns), defending yourself in a vehicle, and pretty much anything else you can think of.  Some styles are more “martial” than “art” in their approach.  Some are a good combination of the two.  Krav Maga is all martial.  It’s a great workout, and it’s very realistic.

Commonly referred to as MMA, and made popular in recent times through such organizations as the UFC (Ultimate Fighting Championship), MMA is a sport that consists predominantly of stand-up fighting and ground fighting.  Styles utilized may differ, but usually you will find Muay Thai, Brazilian Jiu-Jitsu, and Wrestling to be the dominant styles of focus within Mixed Martial Arts.  MMA training offers a great workout, and there are self-defense applications, for sure, but MMA focuses predominantly on “fighting.” Mixed Martial Arts encompasses a very specific rule set.  (There are no weapons involved, no multiple attackers, and many illegal movements.)  MMA training can be a lot of fun, and we do it specifically with our focus on cross-training in Muay Thai and Brazilian Jiu-Jitsu.  (Comical note, I once had a gentleman come in and express, “Do you know the stuff they say in the UFC that’s illegal to do?”  I said, “Yes.” He then said, “Teach me that.”  And, he then trained with us for several years.) 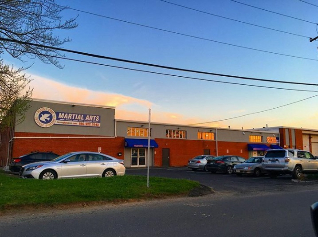 So, which style is the best?  Truthfully, the best martial art is the one you enjoy, because you will continue practicing it only if you like it.  If you like it and continue practicing it, you will get better at it, and you will like it more.  The cycle will continue, and you will become proficient.  You will become healthier, stronger, and more able to defend yourself, should the need arise.

In fact, I find that martial arts instructors who believe differently and claim that one specific style is “the best” are often people who have a limited education.  The style they believe is the best is often “the best” because it’s the style that they know the best.  For whatever reason, they have not trained to a high level in multiple styles, and their opinion of their style being “the best” is often an ignorant opinion, or it’s based on their personal beliefs, ability, and capacity.  They may be an expert in their specific style of training, but that does not necessarily make them an expert in understanding what is the best style for you.  Only you can determine that, and that determination is going to take some work on your part.  (Imagine asking somebody, “What language is the best?” And, they respond, “English is the best language in the world.”  Then, ask them, “What other languages do you speak?”  If they only speak English at a high level, then of course, to them, English is the best language in the world.)

It’s also worthy of note that, just like it occurs in an academic environment, a martial arts school is exactly that.  It’s a “school,” and we encourage you to study multiple subjects.  But, wait!  Will you get confused if you study multiple styles?  (No, you will not.  Did you ever get confused in Geography class, when the teacher asked what the capitol of Colorado was, and blurt out the answer as 47?)

Combining your training helps you become a more well-rounded practitioner.  It also helps you understand the strengths and weaknesses of each style, so that you can complement your training to your needs and your personality, as well as your body type and physical abilities.

Overall, the martial arts offer a fantastic way of becoming healthier, happier, safer, and stronger.  We look forward to training with you and showing you the benefits that come with training

In order for your actions to be congruent with your goals, you must define precisely what your goals are.

Take the time to think about, clearly define, and then write out your goals.

This is your target.

Now, examine your actions. Are they congruent with your goals? Are they taking you in the right direction? If yes, then keep it up! If no, then it’s time to adopt some new actions. 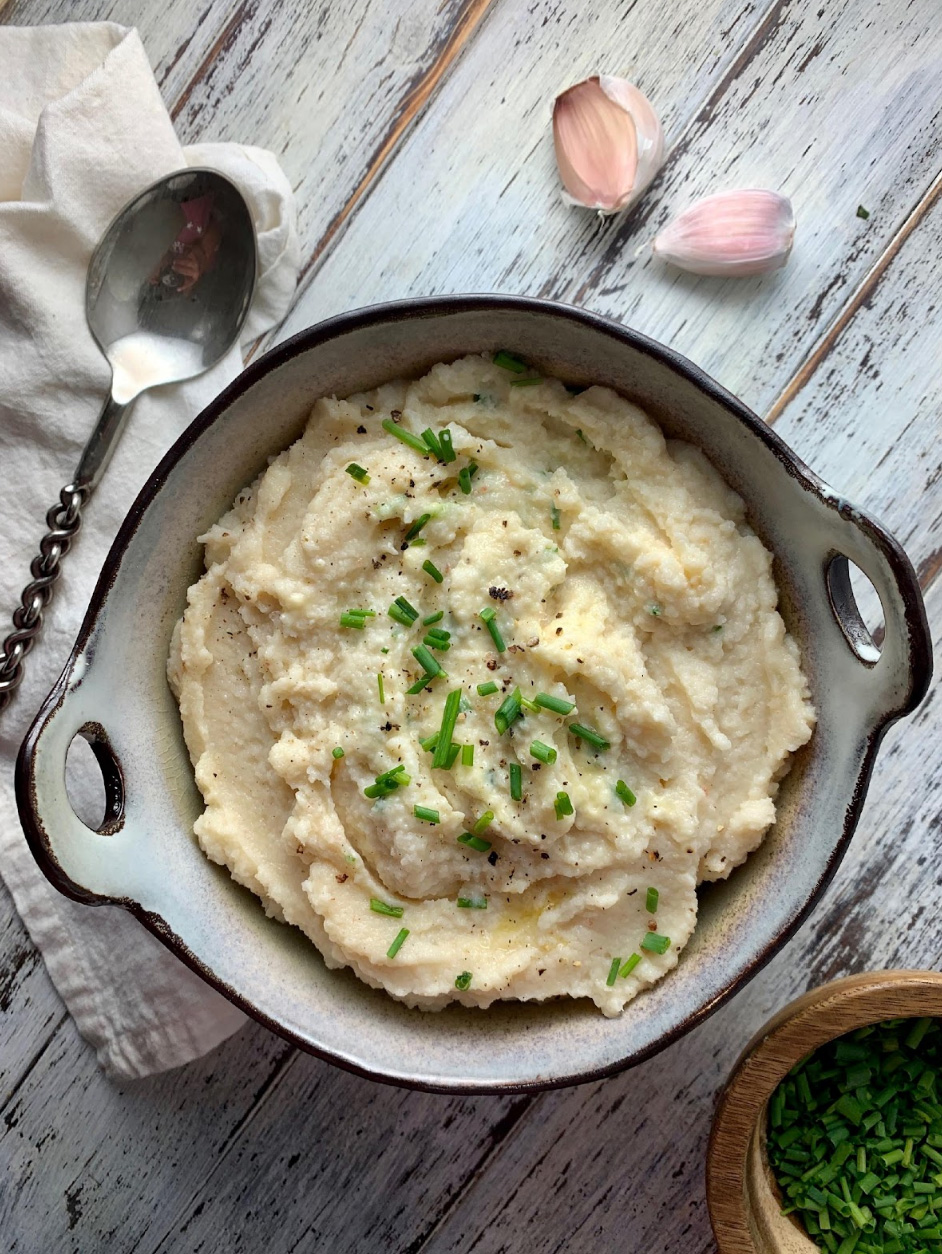 Move over mashed potatoes….your services are no longer needed here.

There is literally NO REASON to ever make mashed potatoes again now that CAULIFLOWER SMASH is in town!

The smashed garlic adds such phenomenal flavor that it’s hard to stop eating it. This creamy, delightful dish is perfect for your holiday repertoire this year! Yum!

2. Return the pot to medium heat. Add the oil (or butter) and the smashed garlic cloves. Sauté until fragrant, for about a minute.

3. Transfer the garlic to the food processor along with the remaining ingredients. Blend until a smooth consistency is reached. Garnish with minced chives. Enjoy!