The importance of perseverance. 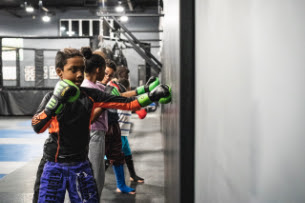 Most kids go through several different activities, and it’s very common that kids come to Plus One with their parents telling me, “My child did baseball last year and soccer the year before that.  She tried learning an instrument, and she didn’t like that.  She seems to be interested in trying the martial arts now, so we’re going give this a shot.” 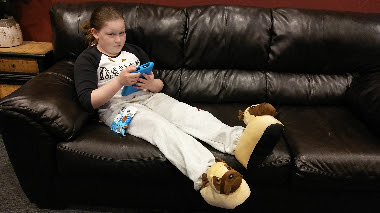 For example, when children “quit” the martial arts, the standard reason that a parent will give me is that, “My child doesn’t want to do it any longer.”  Honestly, I believe that.  The training is hard!  It takes years to obtain the skills we teach, and it’s natural to want to quit at various points in the learning process. As mentioned prior, people usually bring their kids to the martial arts after their child has been involved in other activities that s/he “quit” and that mentality is starting to become a learned trait, even at a young age.  Again, trying multiple activities is normal for a child, but at some point, you have to be the parent.  When your child is involved in an activity that is making a positive impact in their life and helping them to grow into a better and stronger person, then that’s an activity you should probably make them do.  It’s akin to helping them develop a healthy diet and helping them learn the importance of healthy lifestyle habits.

Often times, I ask a parent, when their child wants to quit, how it is that they- the parent- feels about this decision.  A vast majority of the time I’m told something along the lines of, “I’ve seen such growth in my child while he was training at the dojo.  He’s more confident now.  He’s more focused.  He is more respectful, and he’s healthier.  He knows how to defend himself, should he need to; he’s gained friends, and I appreciate all that the instructors have taught him.  I really wish he didn’t want to quit.” 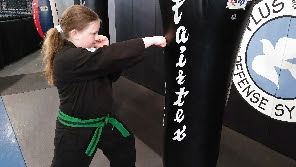 While I don’t say this to parents very often, I do sometimes respond as follows, “With all that you’ve told me, it sounds like our program is making a very positive difference in your child’s life.  Are you sure that your child is capable of making his own life decisions at this age?  Who is the parent?”

The difference between a black belt and a white belt is that the black belt never quit.

This is an expression that has been passed down by martial arts instructors.  It’s true on the mats, and it’s true off of them.  If you want to be a black belt in life, you have to learn to persevere, and we offer one of the few places where you can actually learn to do that on a daily basis.  Once again, martial arts training is hard!  It’s also rewarding, but the reward only comes if you don’t quit.  I don’t know a single black belt who has not had to contend, many times, with the desire to quit.  This “don’t quit” mentality serves people well in many areas of their life. 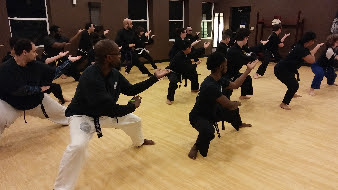 This takes me to adults.  I have heard time and time again from people who have stopped the martial arts and then come back to train at a later point in life. I enjoy seeing people come back to training.  It’s usually these folks who are the most successful with their training.  They are successful because they have been down the road of “quitting.”  They come back and tell me that they want to train because they recognize that, when they used to train, they were in the best shape of their lives.  They felt better. They were stronger mentally, emotionally, and physically.  They miss the camaraderie of their training partners, and they realize that the martial arts gave them so many benefits, that the cost of not training far outweighs the actual cost of training (financially and upon their schedules).

I once heard a radio personality talk on a different subject than the martial arts, but she said something that was profound, and I’ve used it within the martial arts to help people realize the importance of perseverance as adults.  As adults, we have so many different stressors that are thrust at us each day.  It’s easy to lose our focus and to step away from the activities that truly help us live better lives.  The truth this radio personality expressed goes something like this (modified for the martial arts). 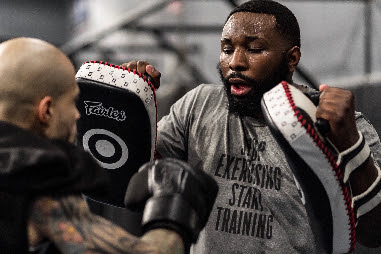 I’ve never had somebody tell me they were glad that they quit.  I do, however, have people tell me (all the time) that they wish they never stopped training.  As we enter the “back-to-school” season it is a great time to get “back-to-school”… your martial arts school!

If you have a child who can benefit from learning how to focus, becoming more responsible, and getting healthier, get them involved… and keep them involved… with a positive and healthy martial arts school.  (Remember, you are the parent!  The day will come when they want to quit.  When that day comes, ask yourself if your child is capable of making their own life decisions surrounding an activity such as this.  I compare it to academic school.  Would you let them quit their academic education?)

If you want to improve your life, or the life of your child, we invite you to try a free session with us at Plus One Defense Systems.  We will show you what the benefits of martial arts training entail, and we will help start you down the path to living a healthier and stronger life.  Call me at 860-922-5343, or email me at: Darin@TeamPlusOne.com to schedule your first (free) session.