Our Student of the Month for December is Jaime Saenz.  He first became interested in the martial arts after watching Bruce Lee Kung-Fu movies, and he first started training with us in 2008.  Jaime is a very kind and humble person who always looks out for other students at the dojo. 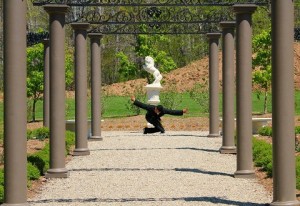 Jaime cross-trains in multiple disciplines at Plus One.  He primarily studies Kung-Fu, Karate, and Brazilian Jiu-Jitsu.  (He’s very good, too.)  He recently entered his first competition for Brazilian Jiu-Jitsu (The 2nd New England Open) and won first place in his division.  It was a tough division, too!

Jaime enjoys the holistic essence of the martial arts, and he says his training has helped him to make good decisions when life hands out some difficult situations.  He says that martial arts training is complete.  Other sport and athletic activities are often just physical.  He likes that the martial arts are more than just a physical sport.

Outside of the dojo, Jaime enjoys spending time with his family and friends.  We are very glad to be amongst the people with whom Jaime chooses to spend his time.  He is a top-notch person and an all around good guy.  He is a great example of what we come to expect from students at Plus One.  He is quite good at the martial arts, but he is humble about it.  He’s always willing to lend a helping hand, and he looks out for others, both at the school and outside of it.  Thank you Jaime!

5 thoughts on “Student of the Month”